On Friday, August 12, 2011, the Cleveland Underwater Explorers (CLUE) anchored David VanZandt’s boat Sea Dragon in Lake Erie and prepared to dive a new shipwreck. The new wreck is located in approximately 50 feet of water east of Cleveland, Ohio, and was located with the assistance of shipwreck searcher and associate of CLUE Rob Ruetschle. Aboard the boat were Dave, Tom Kowalczk, and Kevin Magee. The purpose of this dive was to perform a preliminary archaeological survey and document the wreck through measurements, still photograph, and video. The shipwreck was suspected to be the Sultan, which sank while carrying a cargo of 200 tons of grindstones and some lumber and barrel staves. The cargo of grindstones is a rare item that would make the identification of the wreck an easy task.

The weather was much better for CLUE, and the seas were only 1-2 feet when diving operations commenced. The day was hot and sunny with an air temperature of 80 degree F, and the surface water temperature was 77-78 degree F. Upon descending, the shipwreck was located with its bow oriented east, and a good 10 feet of visibility. The bow stands 5 feet high off the sandy mud bottom with no bowsprit, with almost all the decking and sides intact. The only exception is a small section of decking and hull planking missing at the extreme bow in front of the windlass on the starboard side. Looking into the hole in the front of the ship, the inside of the hold can be seen under the foredeck. Both anchors are off the ship but visible lying on the bottom off the bow. A wood-stocked anchor is visible sticking out of the bottom on the port side, and a metal-stocked anchor is mostly buried on the starboard side with a 90 degree-shaped wooden cathead still attached to it and a grindstone lying on top of it. The front of the ship features a very prominent cutwater with a notch for the missing bowsprit. Behind the windlass is a small square opening in the deck for the chain locker with chain running out of it and along the starboard deck.

Moving aft of the windlass, there is a single-barrel hand pump with linkages coming out of it. Immediately behind this pump is a mast hole with the shattered remains of a broken mast stub inside it broken off at deck level. This is the foremast that broke free and drowned the three seamen clinging to the top of it. Along the railings adjacent to the foremast are the remains of six large deadeyes on each side. The deadeyes are no longer attached to the railings, and their chain plates are bent down and parallel to the hull, suggesting the mast was wrested free violently from its standing rigging. The large number of deadeyes also confirms the foremast was square-rigged, as would be expected with a brigantine. The ship has an obvious list of about 30 degrees to starboard, and the railings on both sides are intact. Starting near the foremast are stacks of round grindstones piled up on the deck against the starboard railing. These stacks of grindstones, some two or three high with several rows, continue all the way to the stern along the railing. The larger ones of about 5.5 feet in diameter are forward, and smaller ones of 3.5 feet in diameter are towards the stern. This is a unique sight and a definite confirmation of the ship’s major cargo. Behind the foremast stub is a cargo hatch with two long boards sticking out of it to the starboard side at the aft end, suggesting a likely secondary cargo of lumber as well.

Amidships is a small slot in the deck, followed by a small hatch, and then followed again by another small slot. This is the likely location of a centerboard, although no centerboard box was seen inside the mostly-silted hatch, and no centerboard winch is present at the aft slot. However, four mounting holes surround the aft slot, and a strip of decking along the centerline is missing aft of the slot. A single large 5-foot diameter grindstone rests wedged on the centerline against a pump immediately behind the slot.
This pump is a double-barreled wooden pump with linkages. The mainmast is missing but would have stood in this area behind the pump, as evidenced by the three deadeyes adjacent to this location on each side. The grindstone likely knocked the centerboard winch loose and possibly into the cargo hold below deck. The mainmast is gone, and its hole destroyed due to the missing decking. The grindstone that caused all this damage is now permanently wedged against the pump barrels that stopped its slide across the deck as the ship sank. The deadeyes are missing on the starboard side, but the chain plates remain. Two of the three deadeyes remain on the port side’s railing. The strip of missing centerline decking continues all the way to another cargo hatch aft of the pump.

Beyond the aft cargo hatch is a raised wooden combing forming the front of the missing cabin that fills the full width of the ship. The final aft grindstones are wedged against this combing and starboard railing but do not spill into the cabin space. No grindstones broke through the railing anywhere along the starboard side, and none are resting on the bottom outside the wreck in this area. Floor joists can be seen where the cabin floor was once located, and the transom is missing. The rudderpost stands high off the bottom and is turned slightly to port. The rudder cap, which would have been mounted on top of the rudderpost and turned with a wheel, can be seen lying inside the cabin on the port side. Visible in the distance beyond the stern can be seen a line of stone and debris that probably spilled from the ship as it drifted and sank. The ship’s dimensions were measured at 125 feet long x 23 feet in beam, which compares closely to 127 feet x 24 feet as indicated on her original enrollment No. 40 in Chicago on July 27, 1848. It should be noted no capstan or capstan mounting location was seen, which is not unusual for ships built in the early- to mid-1800s.

Upon surfacing from the second dive, the wind had increased, and the waves were building beyond 2 feet in height. Thus, it was judged to be time to return to port. Overall, the wreck has proven to be a fascinating divers’ wreck with lots to see and explore, and it is hoped the team will be able to further dive and document this wreck in the future.
STORY OF THE LOSS

The Sultan is a two-masted brigantine built in 1848, which sank on September 24, 1864. The ship’s young captain, Nelson Webster, decided to sail from Cleveland, with a crew of eight, during a storm against the advice of more experienced lake mariners. As the ship sailed out into the lake, its hull bottomed out five or six times on the bar at the mouth of the Cuyahoga River due to the heavy seas. The crew was ordered to check for leaks but none were found, so the ship continued to sail on its course to Buffalo, New York. A short time later, however, the seas increased further, and the ship began to labor heavily. The crew started to push the deck load of grindstones overboard in an attempt to lighten the ship. Water was then noticed to be filling the forecastle, and the crew began using the pumps to keep the ship afloat.

It soon became obvious it was a losing battle, however, and the ship started to settle. Suddenly, the Sultan lurched and heaved to its starboard side as the cargo shifted. The yawl boat was launched but immediately filled with water. Two crewmembers got into the swamped yawl boat and attempted to bail it out as it drifted towards shore, but they were never seen again. The remaining crew, including the captain, started to climb the masts when the ship abruptly nearly capsized and sank to the bottom, leaving only the tops of the two masts pointed diagonally above the stormy waters. All six of the remaining crew made it to the tops of the masts and hoped to be rescued by a passing ship. Due to the severity of the storm, unfortunately, no ships were willing to leave the safety of port to help the stricken vessel. Fairly soon the foremast broke, and the three crewmen on this mast drowned as it collapsed into the seas. The captain, first mate Elizur Spear, and second mate remained on the mainmast as the sun set. Over the night, first the second mate and then the captain succumbed to the cold, wind, and waves and fell from the mast. Only the first mate remained, and he managed to tie himself to the mast strongly enough to remain until the next morning when the two steamers City of Cleveland and North Star came and rescued him from his perch.

For complete archeological report on the Wreck of the Brig Sultan:
*Features many pictures, side scan images and in-depth information*
http://www.clueshipwrecks.org/PDFs/Sultan_Report_Final_Web.pdf 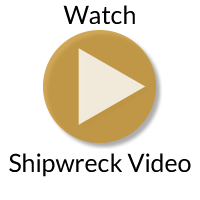 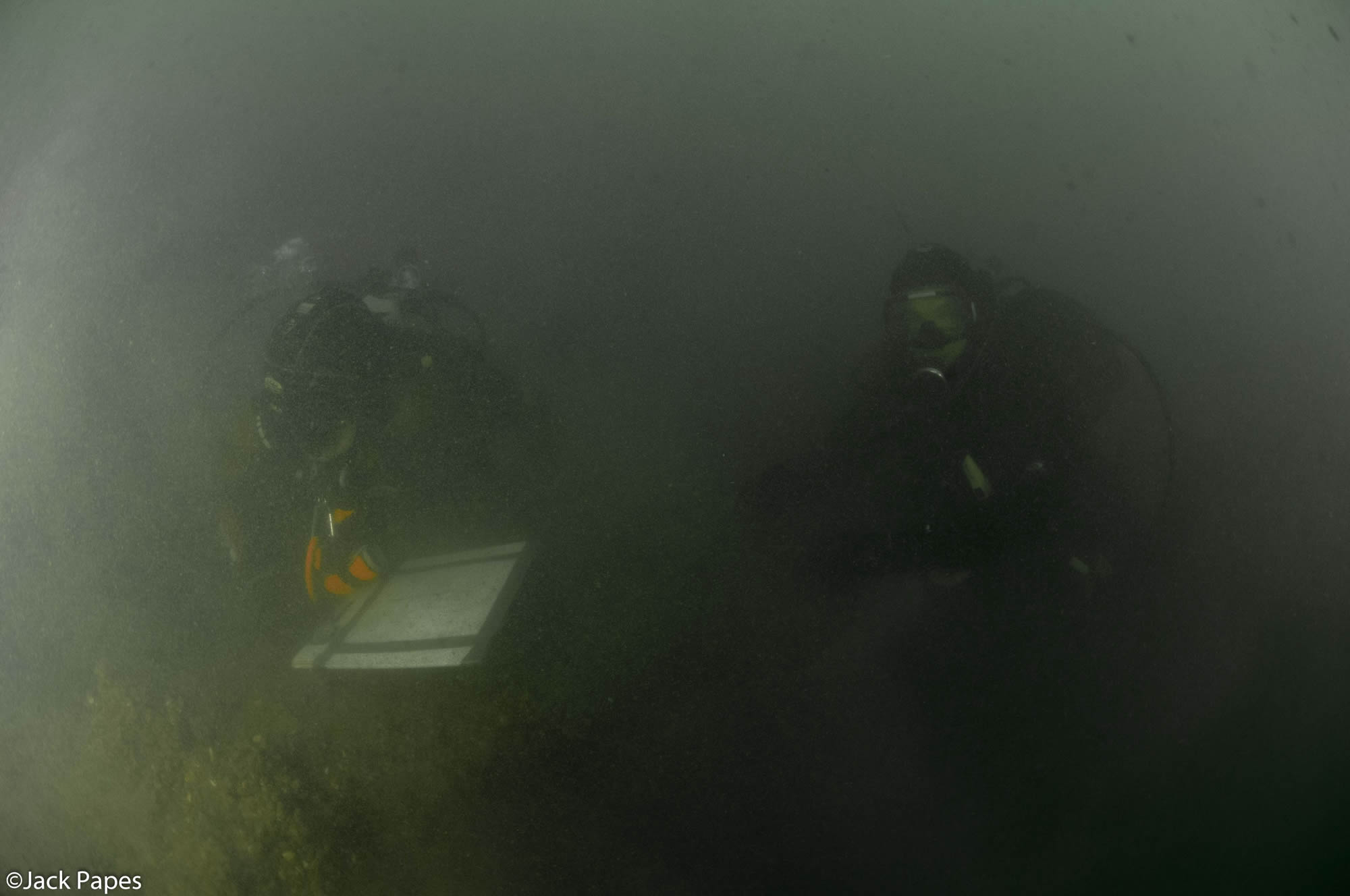 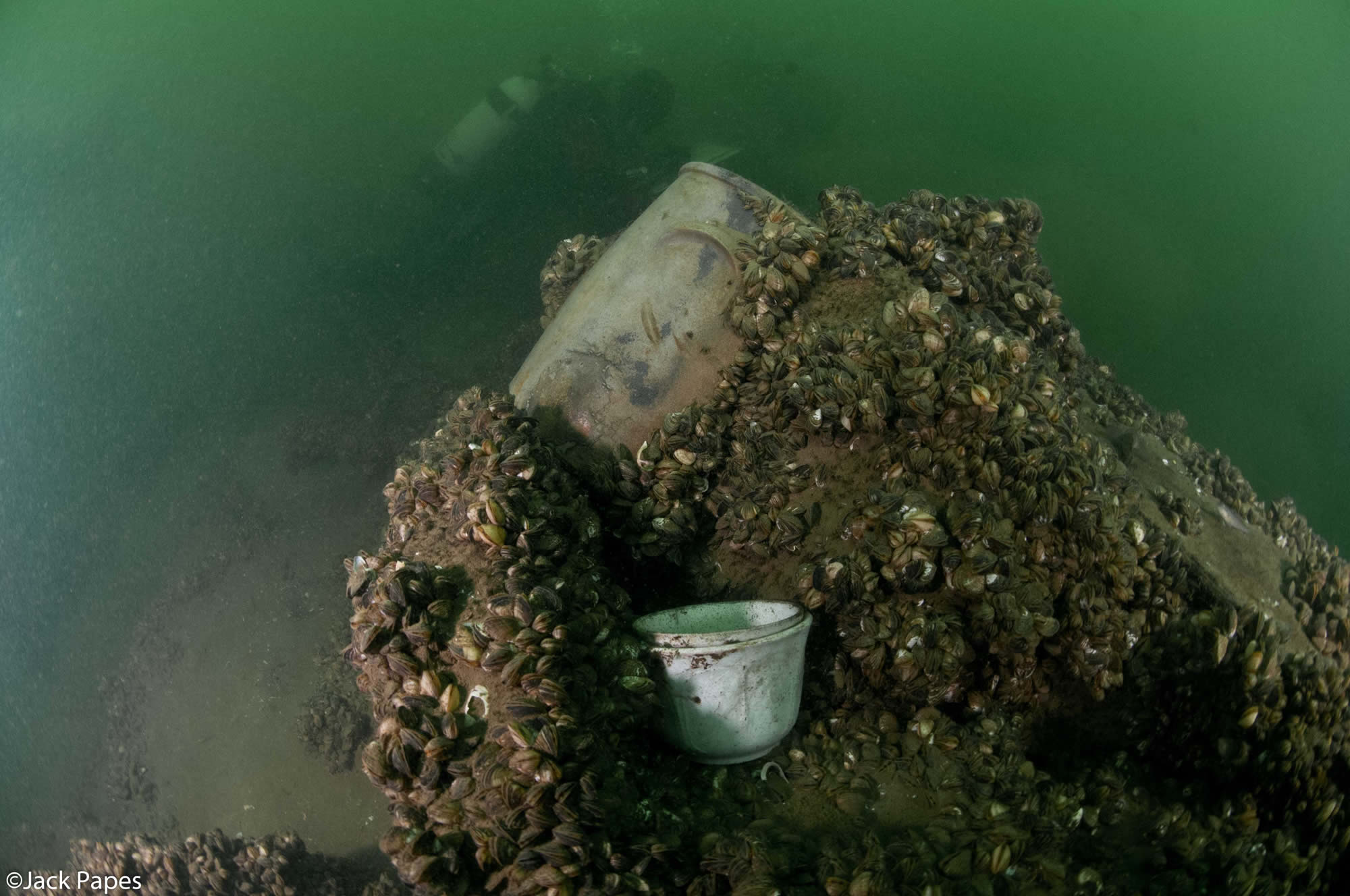 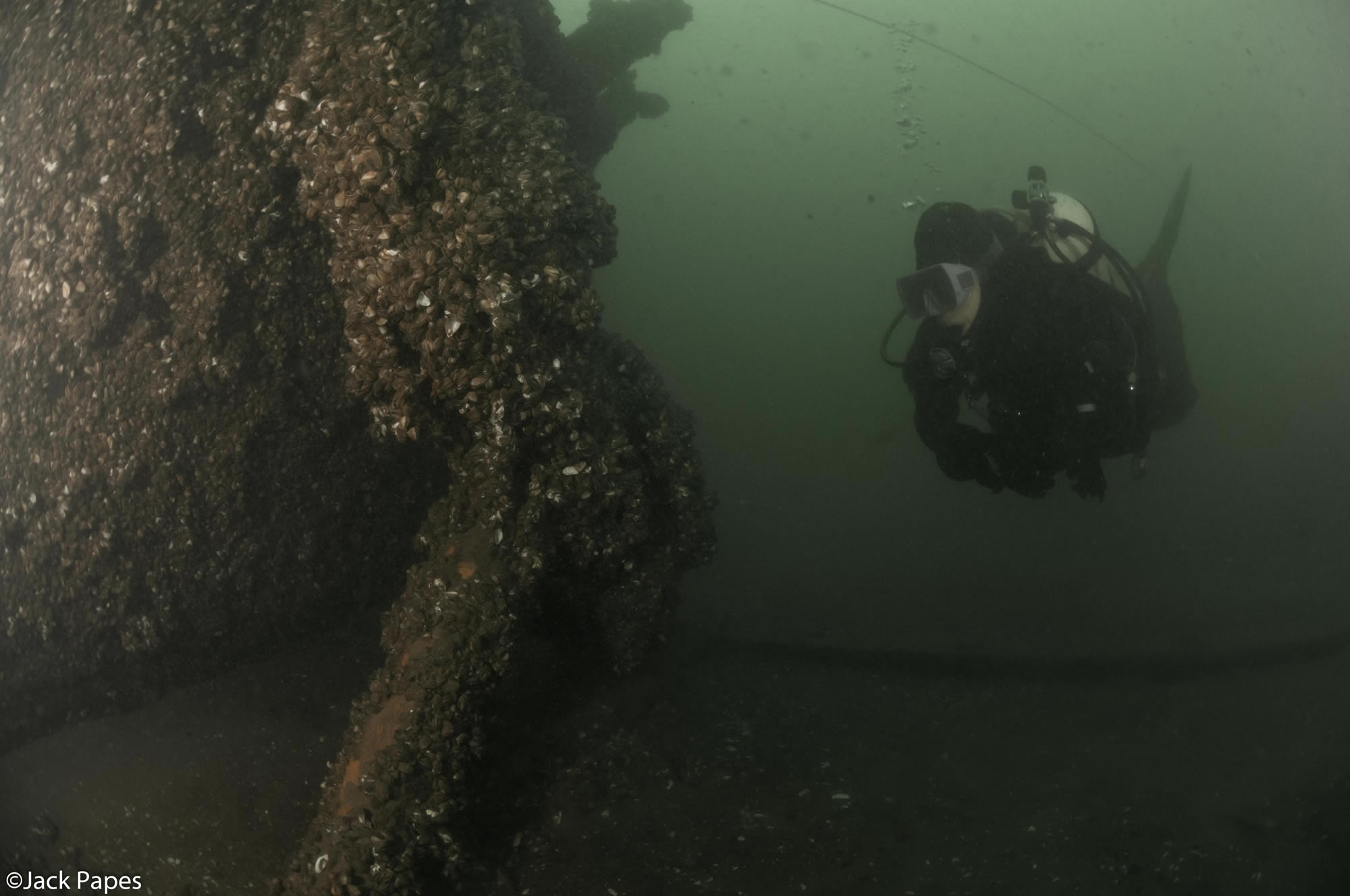 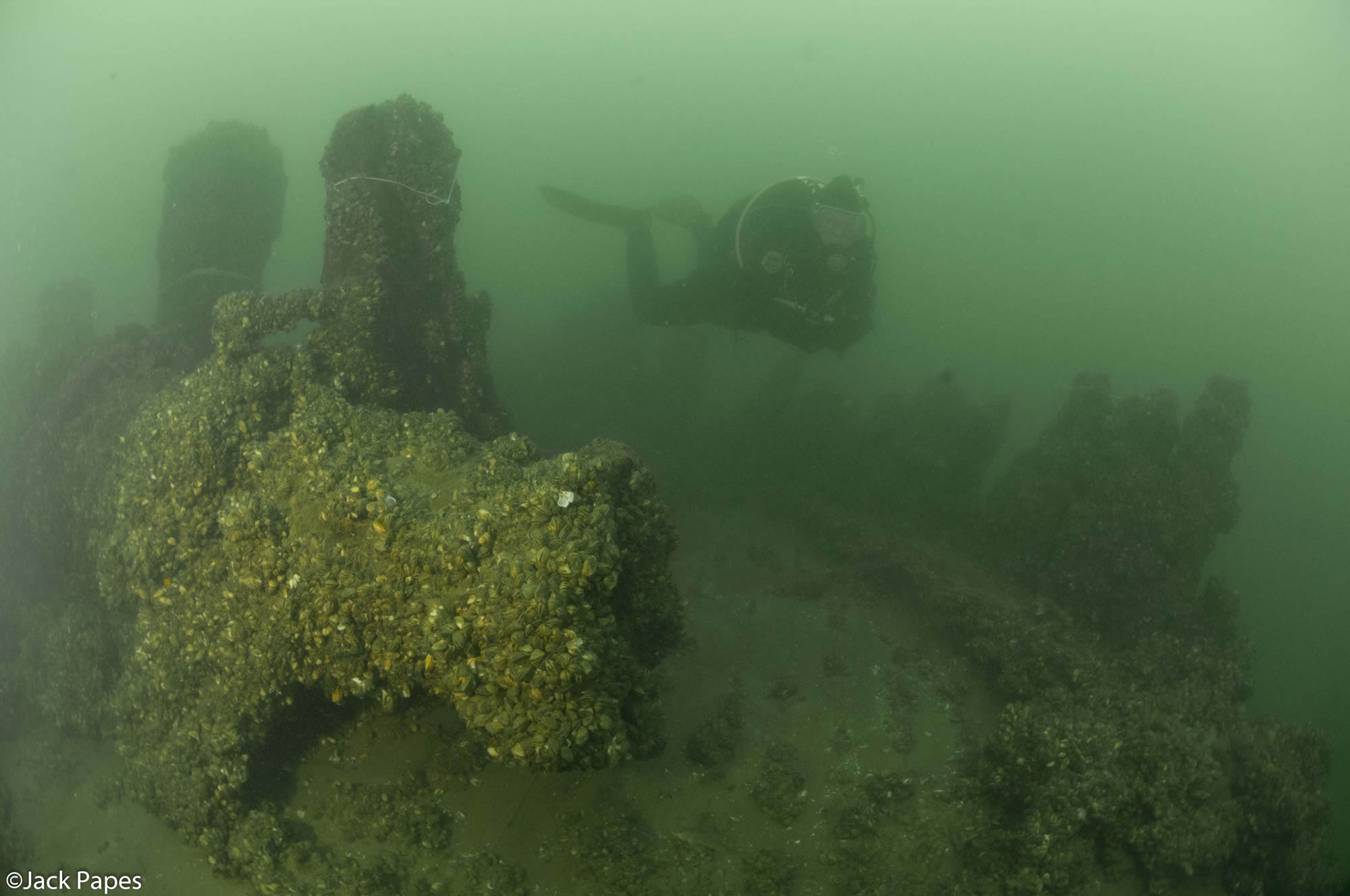 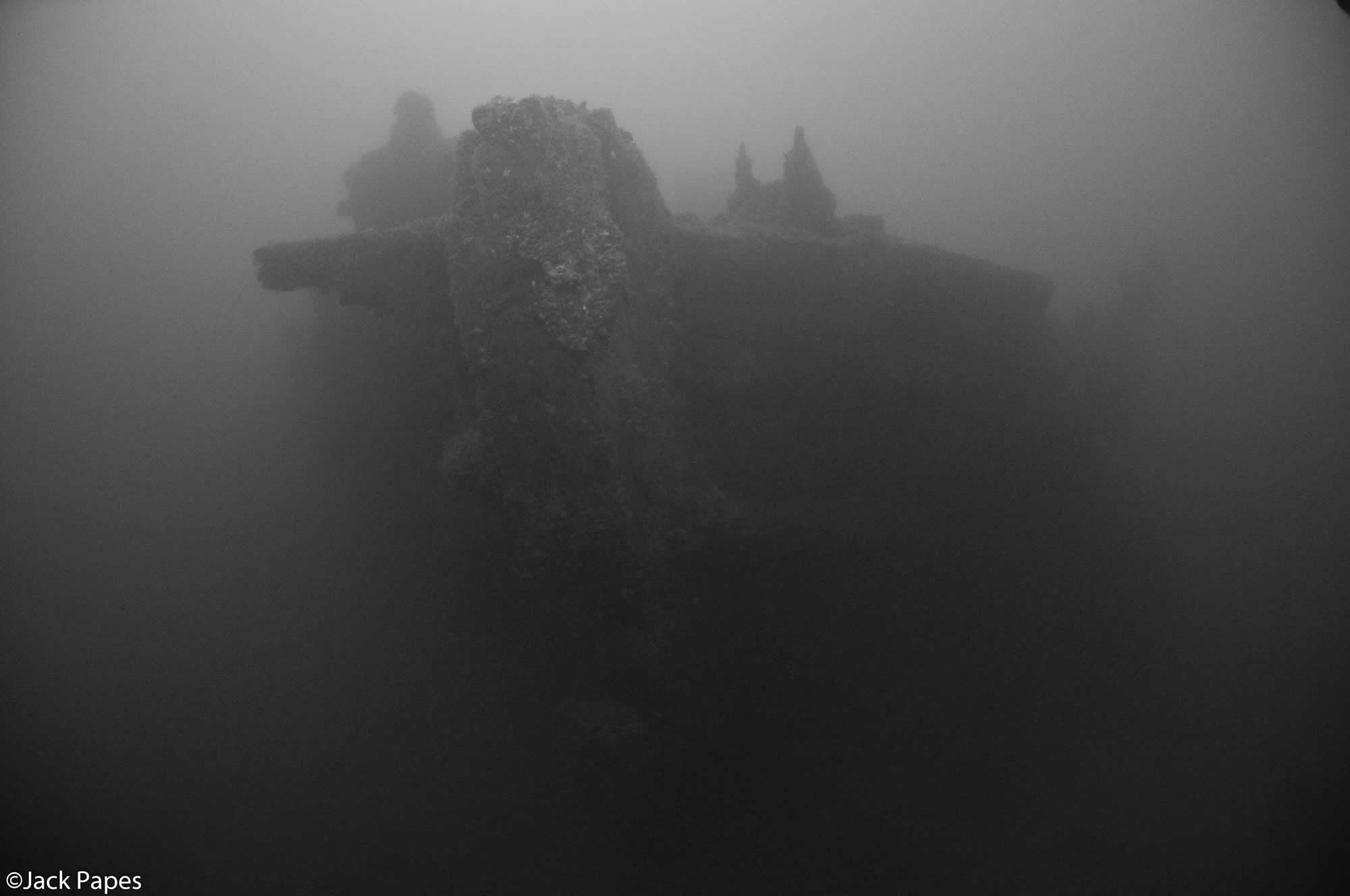 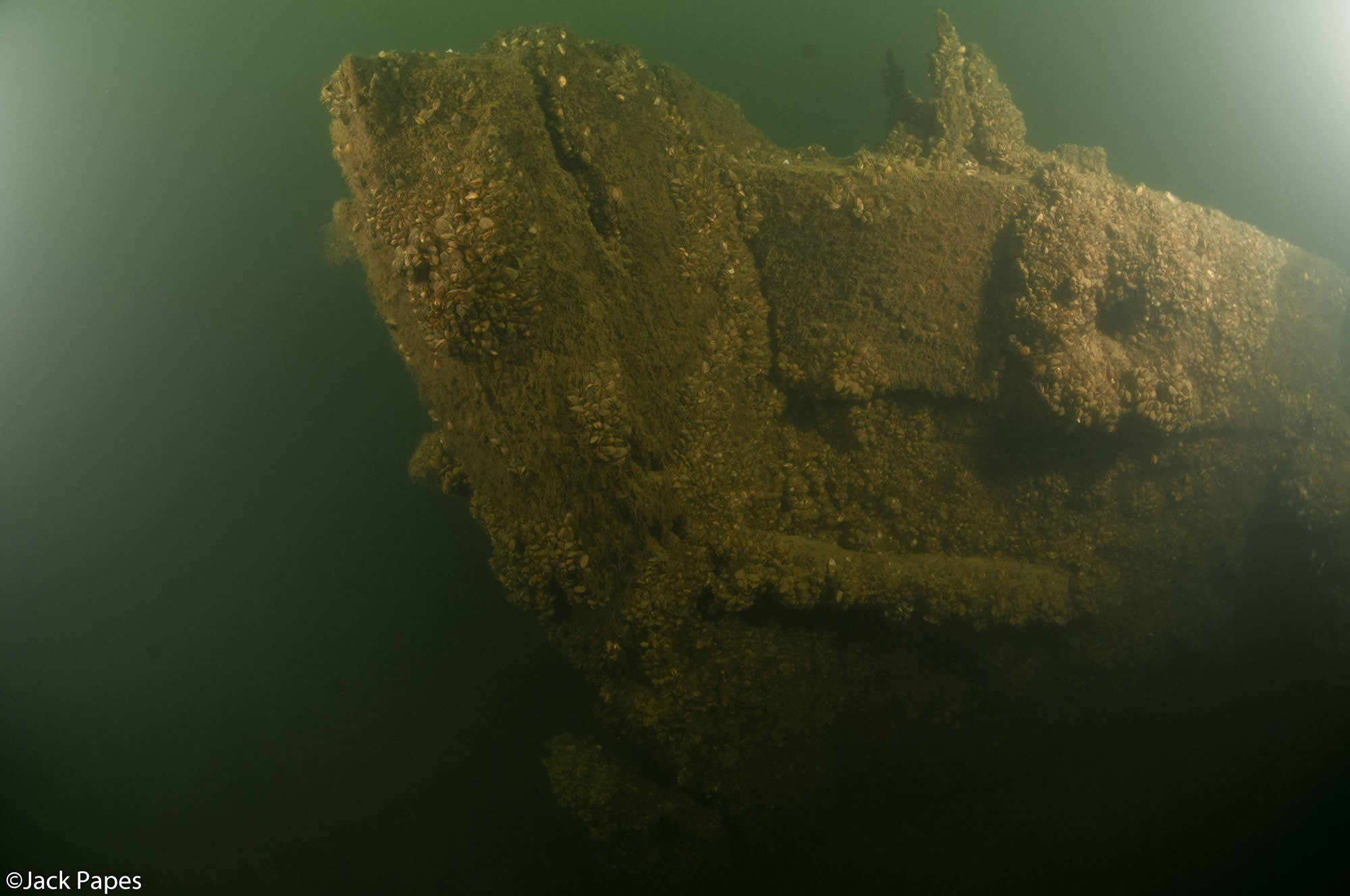 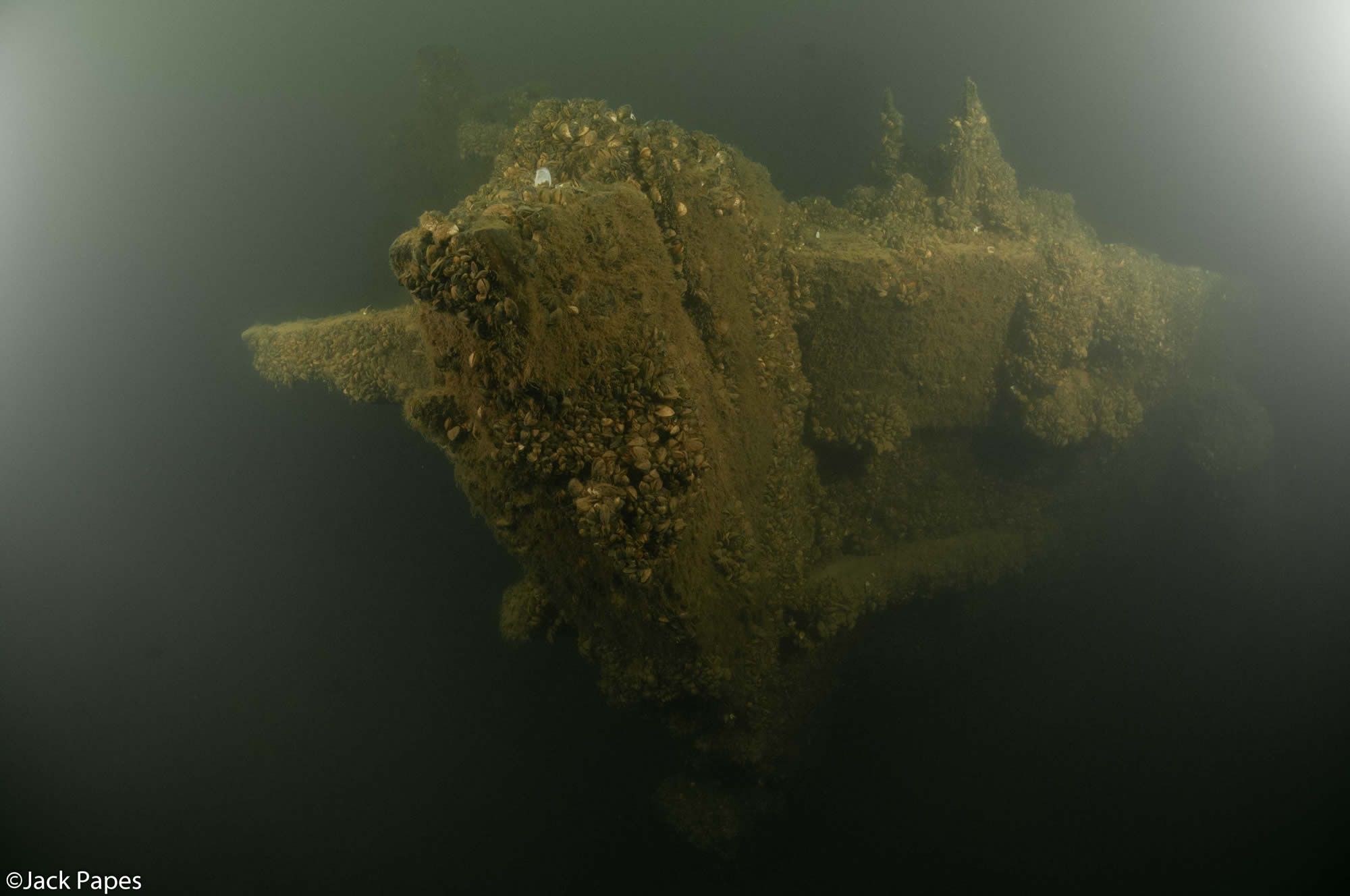 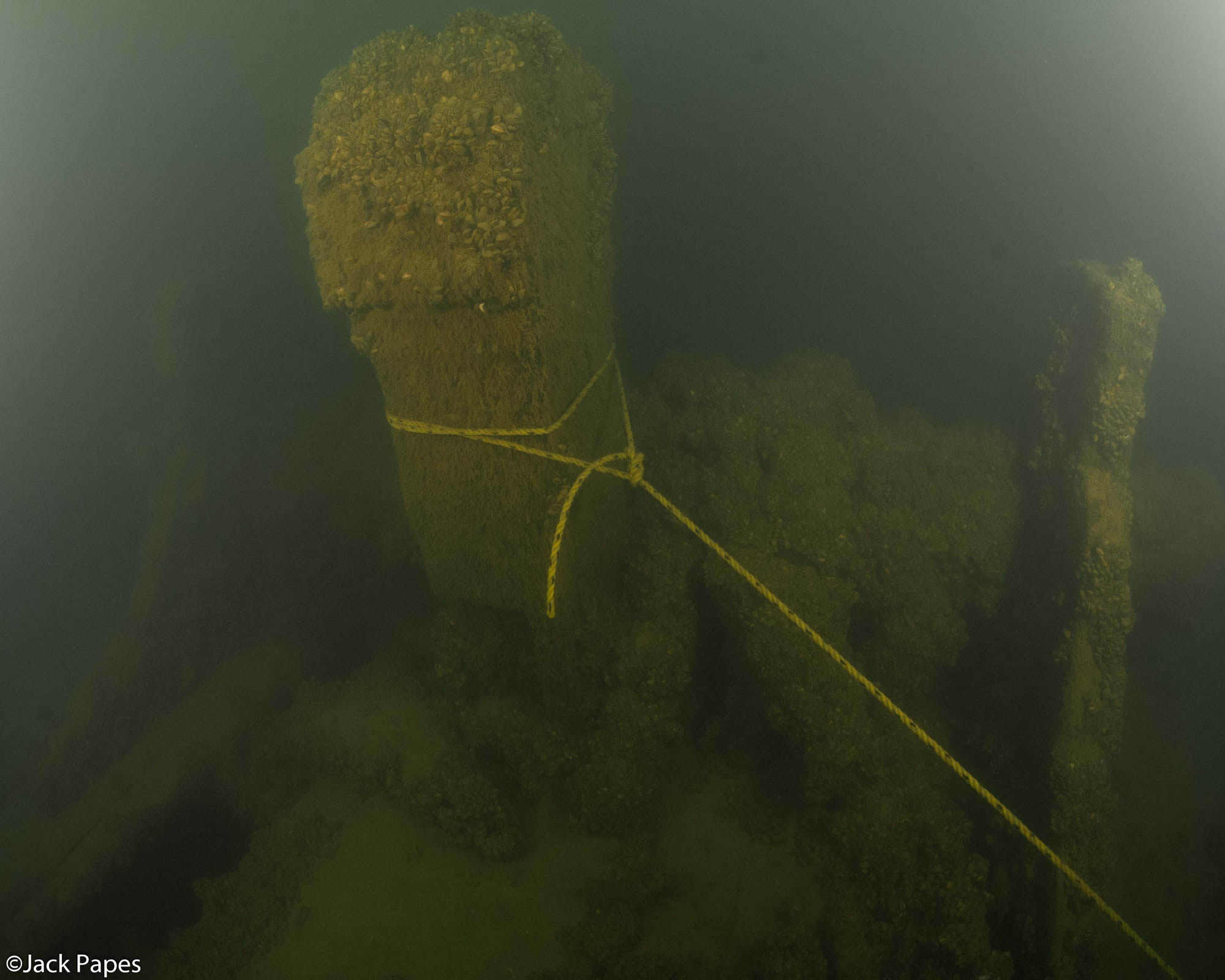 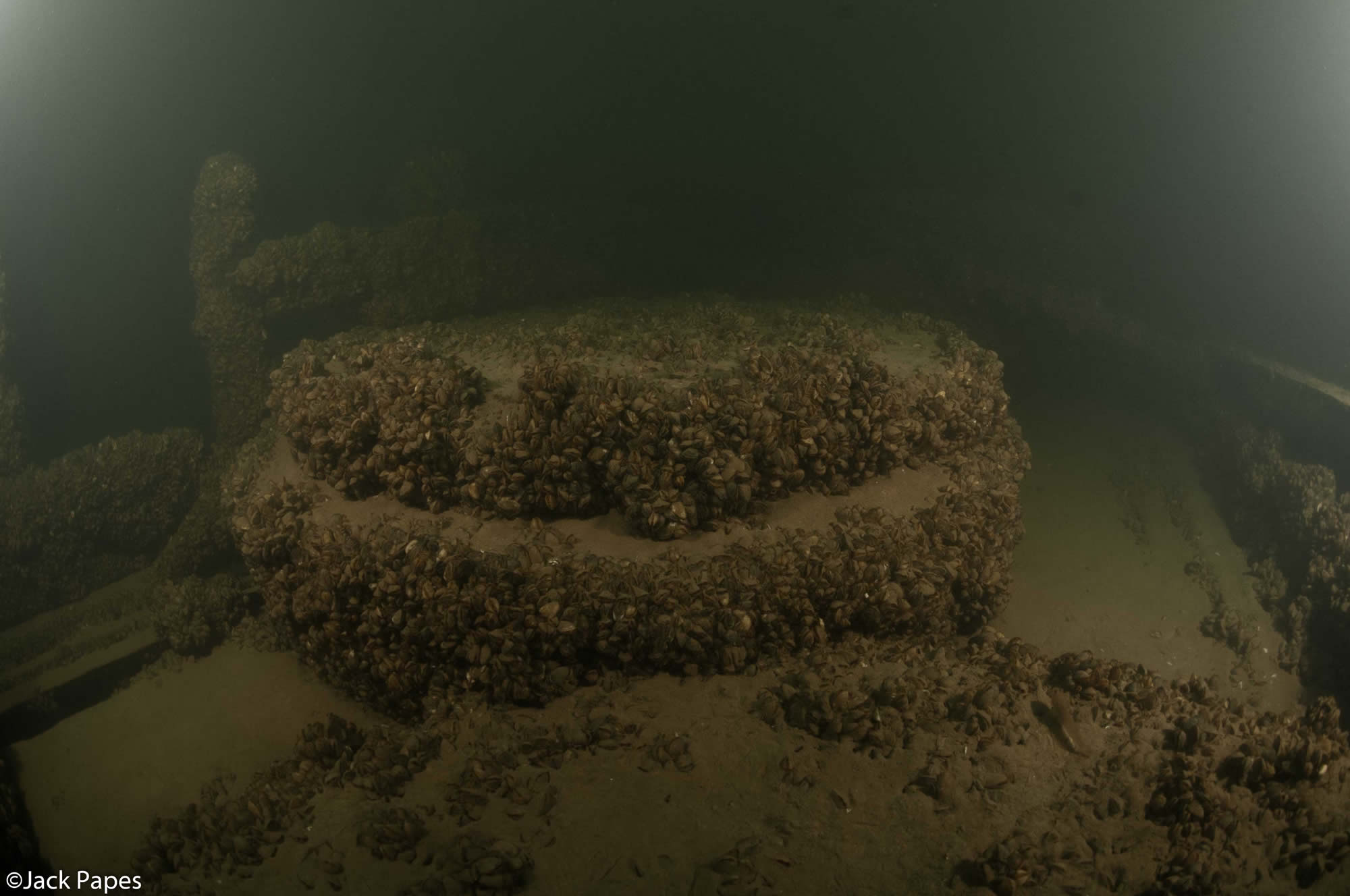 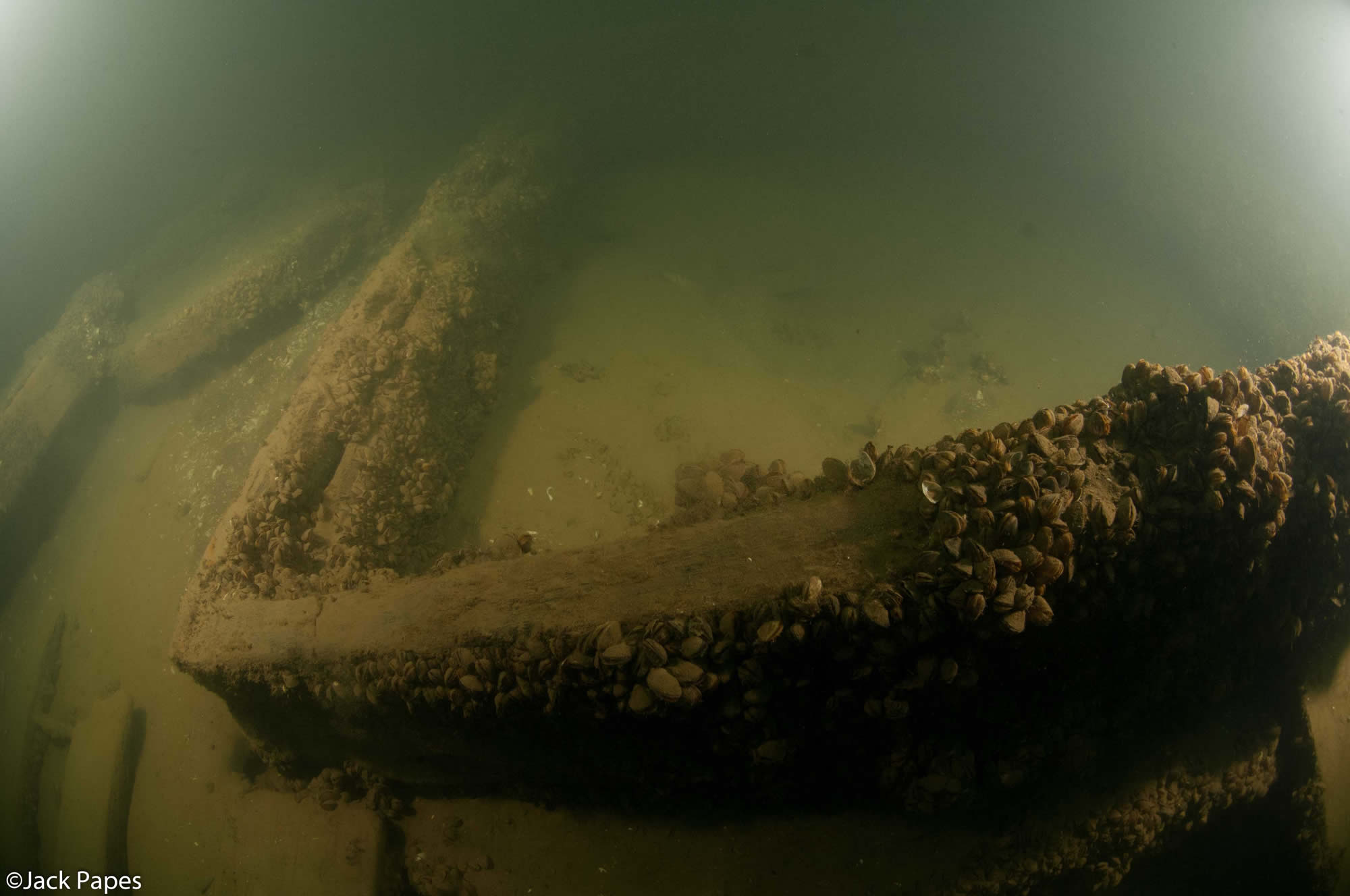 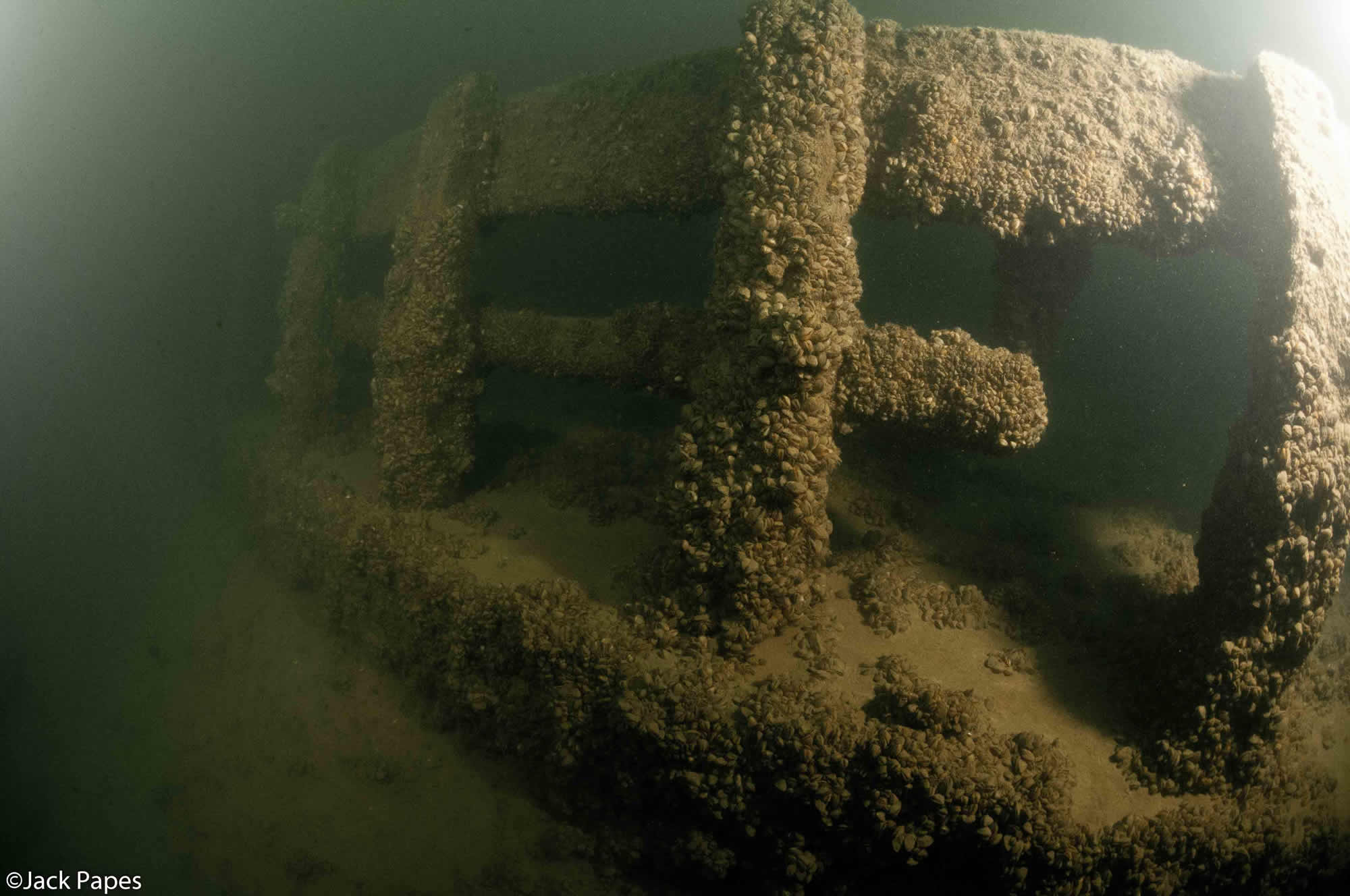 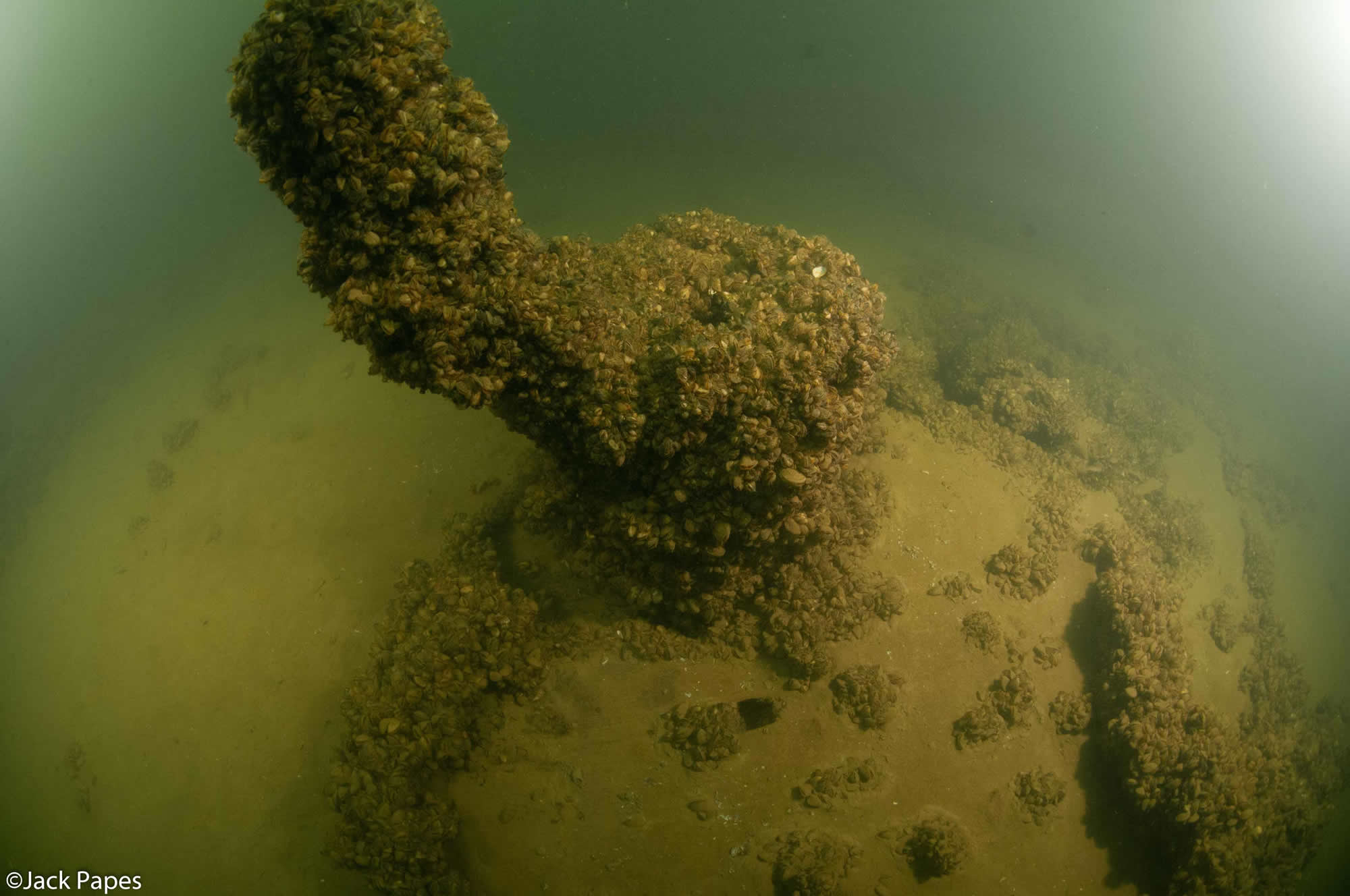 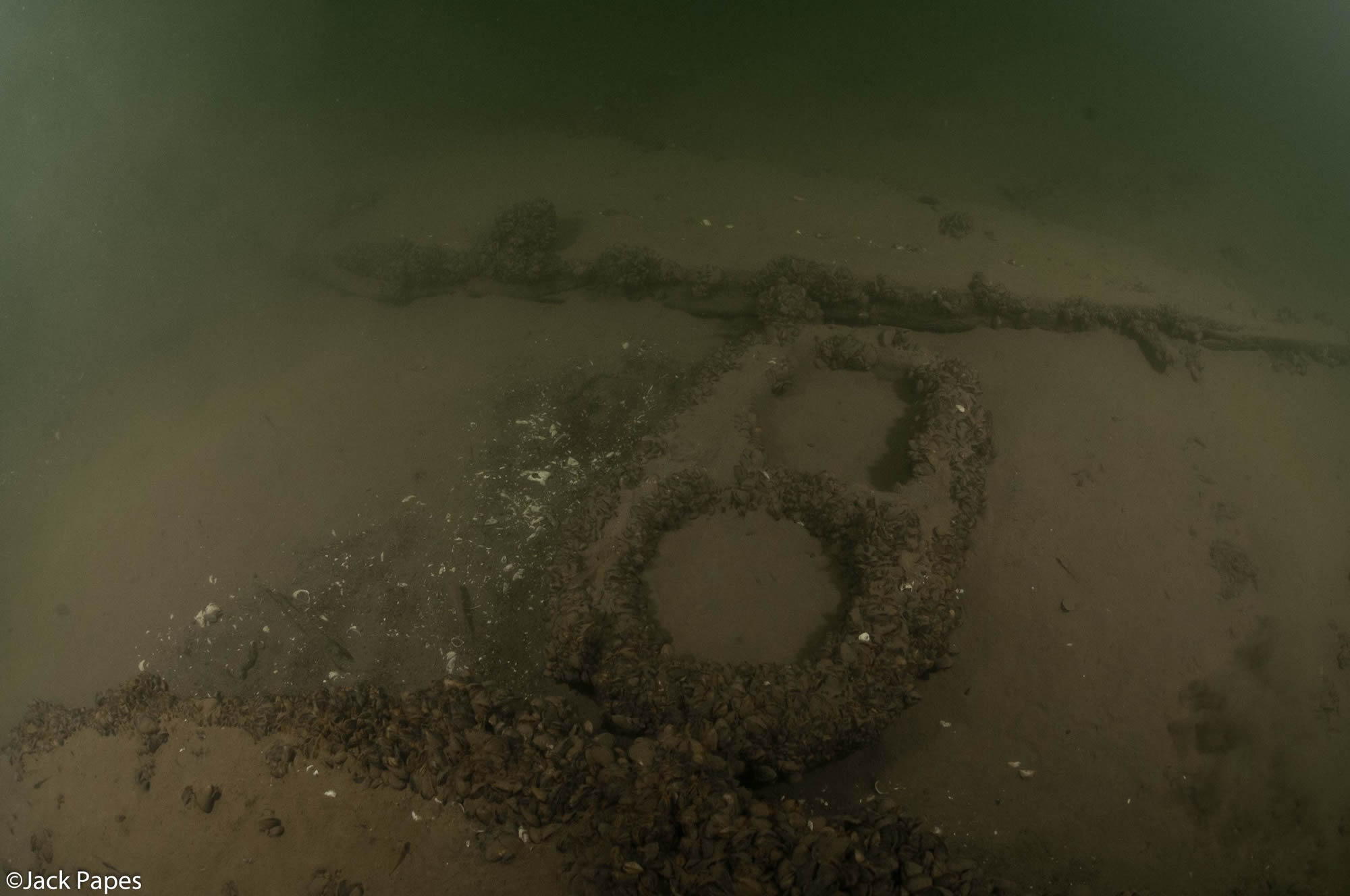 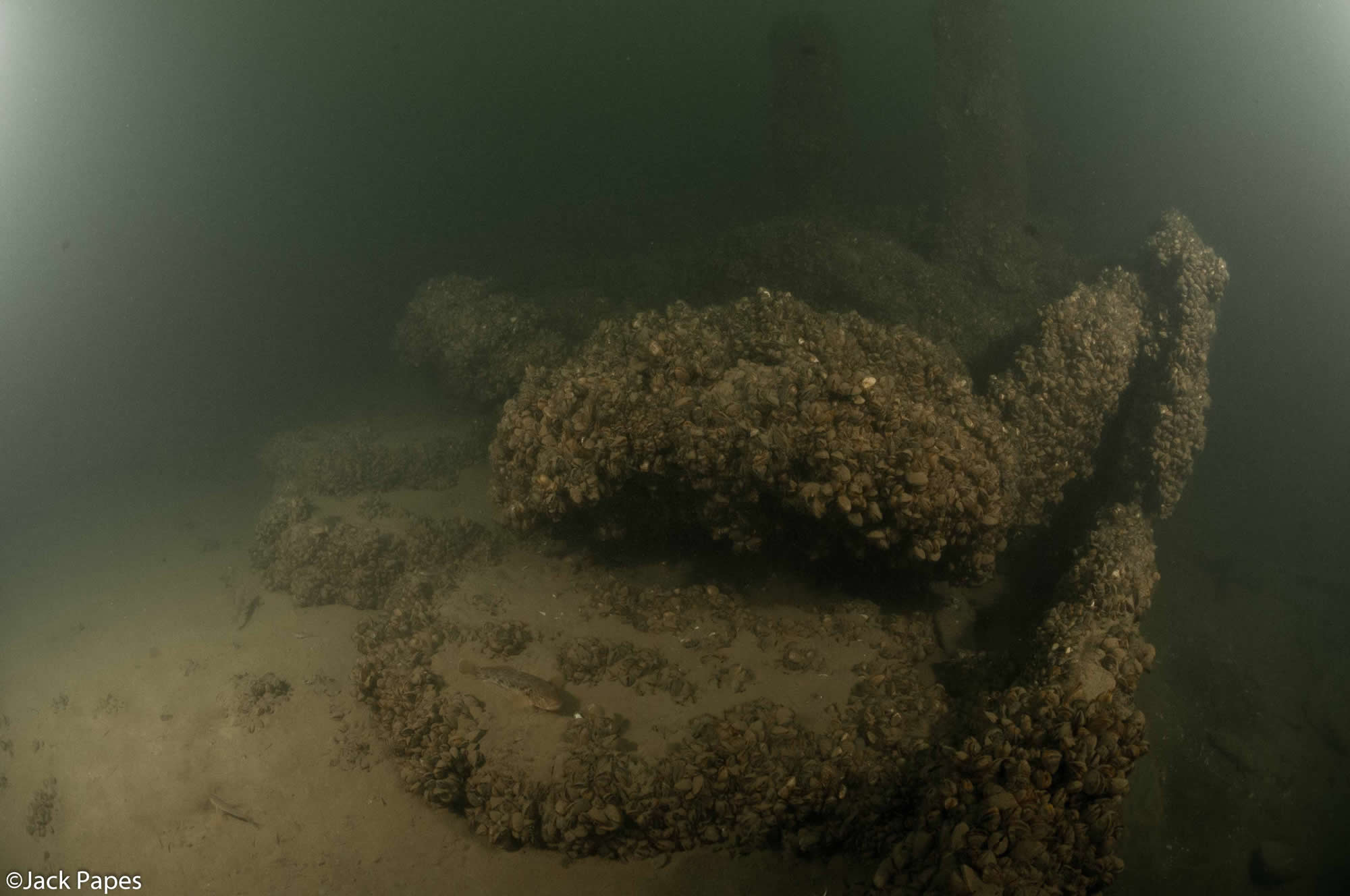 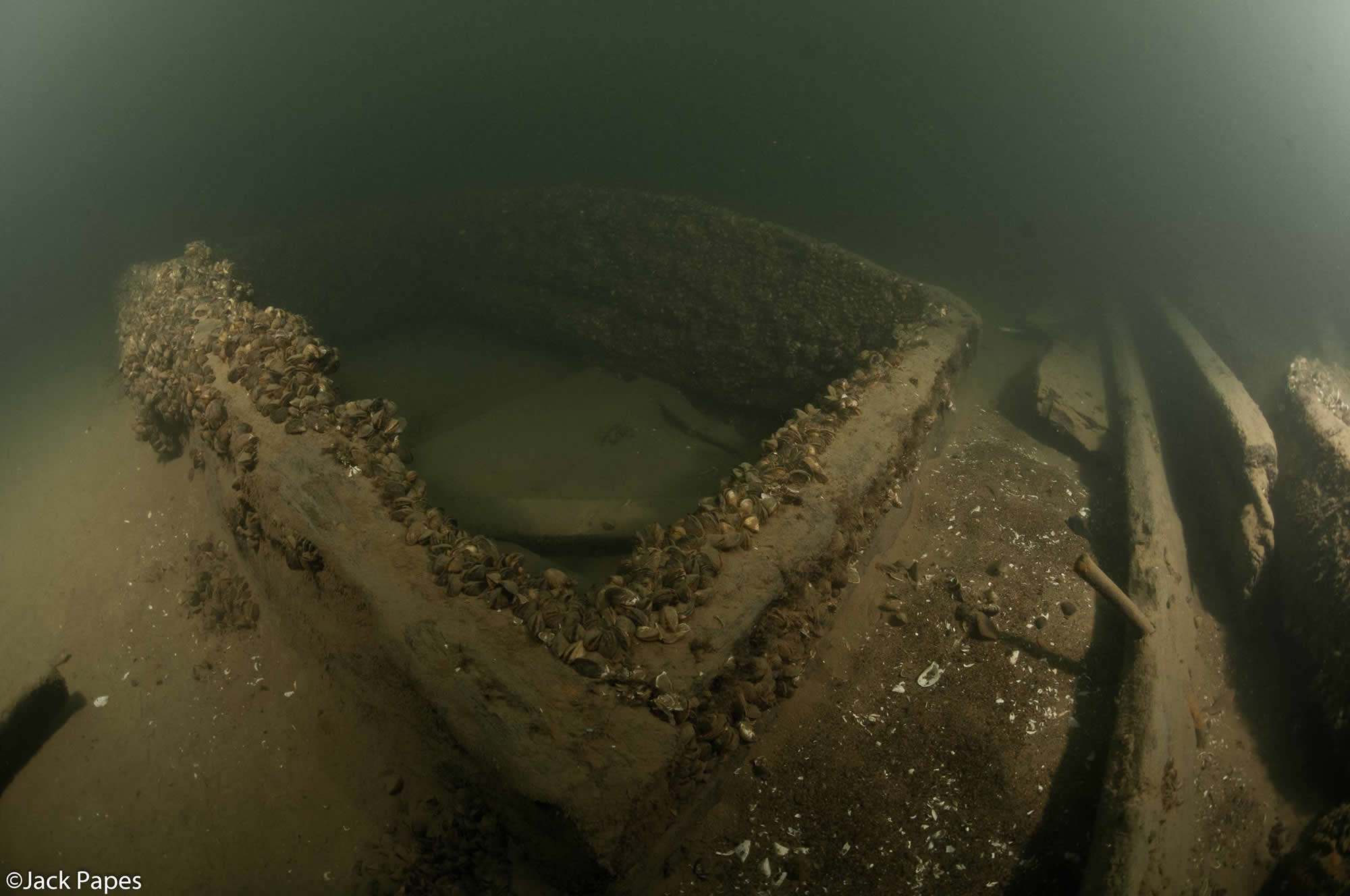 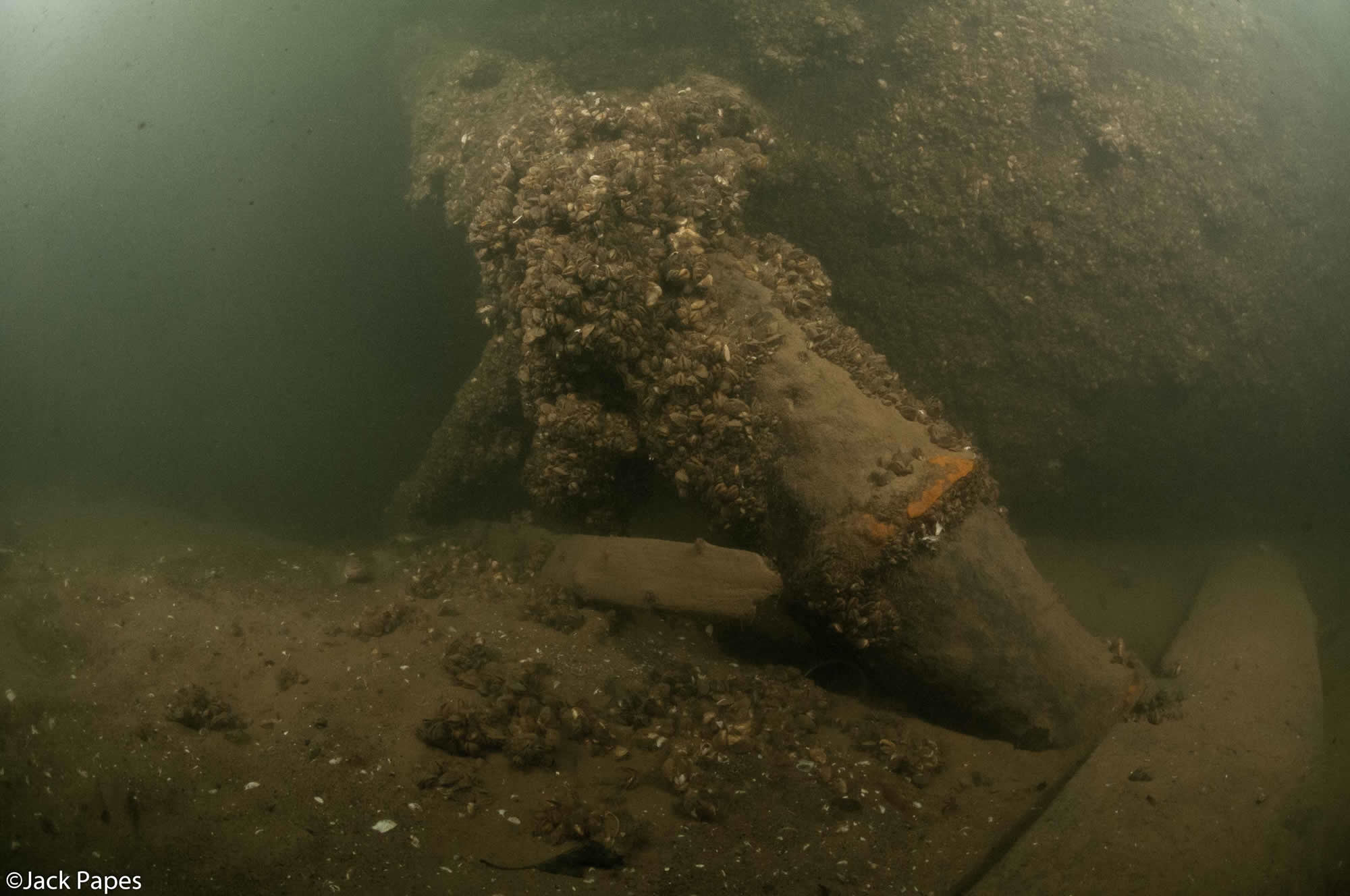