The namesake of this bulk freighter was Mr. James Hay Reed, who was born in Allegheny City, Pennsylvania, on September 10, 1853. He graduated from Western University of Pennsylvania with a B.A. degree in 1872 and was admitted to the Pennsylvania Bar in 1875. He then went into the practice of law with the firm of Knox & Reed in 1877 and remained there until 1902, when he left to head the firm of Reed, Smith, Shaw & Beal until his death in the late 1920's. Mr. Reed was also president of the Bessemer and Lake Erie Railroad Company during this time and a director of the parent United States Steel Corporation. It is in honor of this relationship that the vessel was originally named. Mr. Reed also served from February 20, 1891, until January 15, 1892, as United States District Judge for western Pennsylvania.

A typical bulk freighter fro the iron ore and grain trade, the James H. Reed was originally owned by the Provident Steamship Company when commissioned in 1903. At the amalgamation of the Interlake Steamship Company in 1913, the Reed was one of more than a dozen ships that were purchased from various fleets. During the World War II rush for iron ore, this vessel joined others in the Interlake fleet in very early spring runs so that the fleet could move its maximum tonnage to the steel mills to help in the defense effort.

A dense fog settled down upon Lake Erie on the night on April 26, 1944. The advantages of radar were still not available to commercial vessels, so there was no warning when the Reed collided with the Ashcroft of CSL at 5:30 a.m. on April 27, 1944, about 20 miles north of Conneaut, Ohio. The Reed was downbound with a cargo of iron ore from Escanaba, Michigan, for Buffalo, New York; the Ashcroft was in ballast. The usual fog signals (three short blasts every minute) were blown by both vessels, but the fog can and often does distort sound, and the warning blasts went unheard.

The collision was so sudden that many of the seamen on board the Reed had no chance to escape. The lives of twelve men were snuffed out that early morning, as the ship went down quickly. The loaded Reed was almost completely severed by the Ashcroft, but the ships held together for a brief time, enabling the other twenty-four men of her crew to be rescued by the Ashcroft and a Coast Guard vessel, which happened to be in the vicinity. The hull of the Reed sank in 66 feet of water, near the navigation channel, so it had to be dynamited later that fall to allow 45 feet clearance over her wreck.

The Following Account was provided from a newspaper article from the Cleveland Plain Dealer on Saturday, April 29, 1944:

Steamer Reed's Cook Stayed Aboard and Died With Wife - "Surviving members of the crews of two freighters, which sank Thursday in Lake Erie after collisions with two other ships, yesterday described their experiences to United States Coast Guard boards of inquiry, which opened official investigations here and at Ashtabula. Twelve persons, including a husband and wife, perished in an accident which sent the ore carrier James H. Reed, operated by Pickands, Mather & Company for the Interlake Steamship Company, to the lake's bottom. The Reed collided with the Ashcroft of the Canada Steamship Lines 25 miles north of Ashtabula. Two of the twelve persons are still unaccounted for. Marion Godschalk, 19, of Three Rivers, Michigan, a deckhand aboard the Reed, said yesterday that the ship's cook, Ray W. Losey of Toledo, chose death with his wife, Camille, assistant cook, to survival. The cook's wife couldn't swim, said Godschalk. She was afraid to go overboard, so he stayed with her. His arm was around her as they drowned." 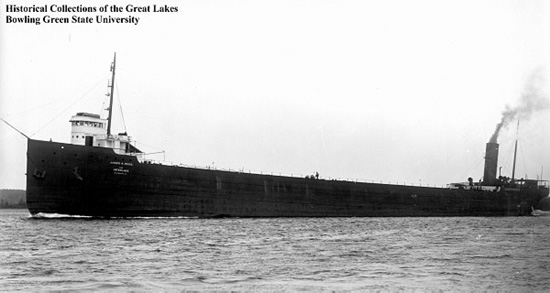 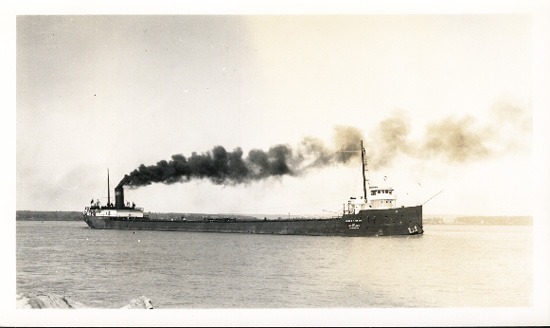 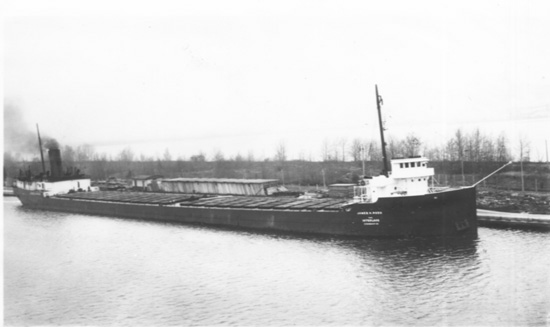